Heavy thunderstorms rattled Las Vegas on the afternoon of July 3, 1975, bringing unprecedented precipitation between the metropolitan area and mounts to the south, west and north.  Total storm precipitation equaled or exceeded 3 inches in some areas and surface winds topped nearly 58 mph.

Sediments from erosion, transportation (e.g. vehicles) and deposition occurred throughout the flooded area.  Particularly impacted were the mouth of Las Vegas Wash at Lake Mead and the Flamingo Wash at Caesars Palace Parking Lot. 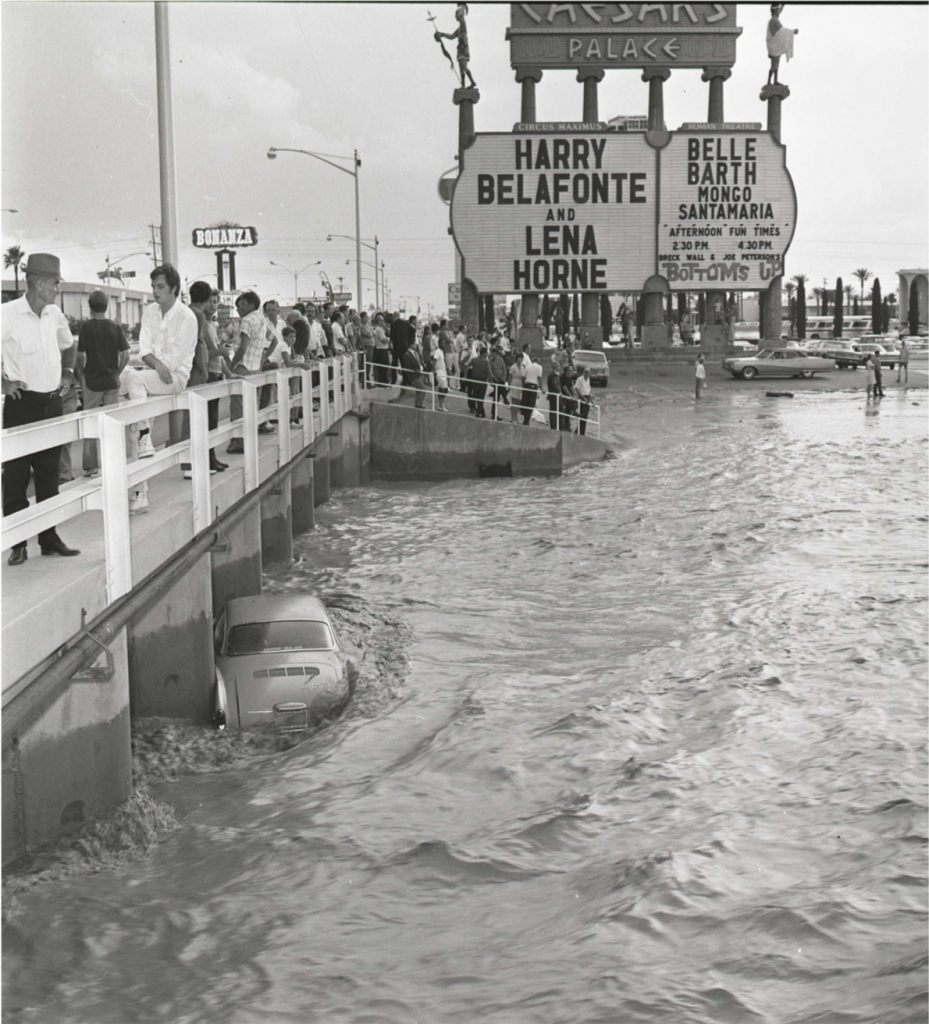 Cue the music: Jaws topped the box office the day the flash-flood struck Las Vegas in 1975.  This photo is from the flood that occurred in 1969.

Rainfall Amount: A maximum of 3 inches of rain fell in two locations inside the Las Vegas valley, the west valley and to the north via the path of the storm as it moved out of the area.

Las Vegas Yearly Precipitation Average:  The average yearly precipitation for Las Vegas is 4.17 inches.  The city received nearly all of that in a matter of hours.

Fatalities: Two City of North Las Vegas employees, Mike Williams, 30, and Richard Hunkins, 24, were swept away while directing traffic at I-15 and Craig Road.

Amounts Throughout The Valley: Only .07 inch of rain fell at McCarran Airport.  A tenth of an inch fell about an east of The Strip along the Flamingo Wash itself.  The southeast valley received very little rain while the higher elevated west side received heavy rain which resulted in unprecedented runoff.

A river of water poured through a building supply store, L&H, at 311 Bonanza Rd, carrying lumber with it.

Momentary power outages were reported throughout the valley.

Police reported 30-40 people had to be evacuated from their townhomes due to mudflow which reached up to two feet high.

Meteorological Analysis For The Las Vegas, Nevada, Flood of 3 July 1975

35th Anniversary of The Caesars Palace Flood of July 3, 1975 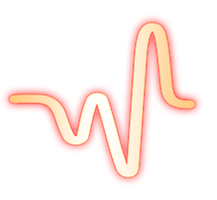