Location:  Nevada Test Site, now referred to as the Nevada National Security Site (and formerly the Nevada Proving Grounds), approximately 65 miles northwest of Las Vegas in Nye County.  It is operated by the Department of Energy and covers an estimated 1,360 square miles of desert and mountain terrain. 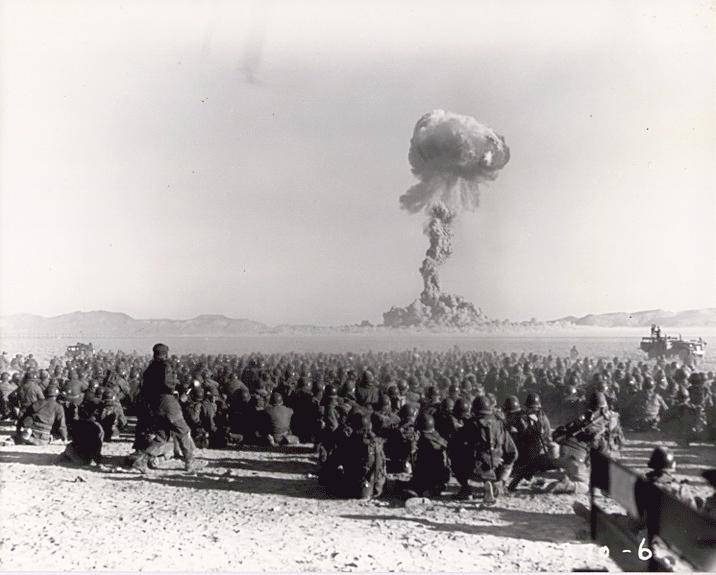 Number Of Tests:  928.  100 of these tests were detonations in the atmosphere which produced mushroom clouds visible in Las Vegas and California.  The remaining 828 tests were conducted underground.

Operation Plumbbob:  In 1957, a series of 29 tests were conducted over several months. Amongst them, Hood, the largest atmospheric detonation in the continental United States at 74kt, a two-stage thermonuclear test. 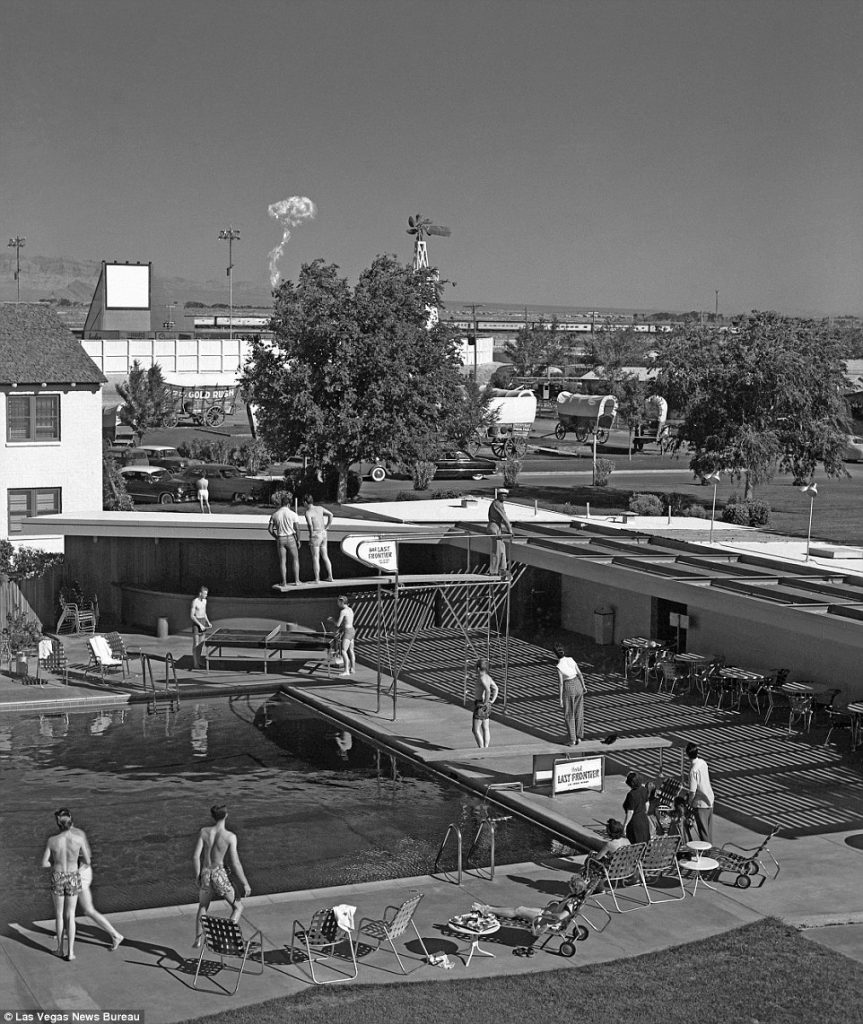 Swimmers and sunbathers at Old Frontier Village watch a distant mushroom cloud from the NTS.

Survival Town:  Also known as Survival City, was located in Area 1 of the NTS.  Tests were conducted to gauge the effects of nuclear blasts onto civilian structures.  With other constructed areas, they were collectively known as "Doom Towns."

Fallout:  St. George, Utah received the worst of the above ground testing due to prevailing winds.  An increased number of cancers occurred between the early 1950's and 1980.

A nuclear test lights up the early morning sky.